For anyone looking at inexpensive types of web hosting to set up, Linux web hosting is a good option. Linux is also one of the most popular of all operating systems.

Linux web hosting is favoured by many because of its flexibility, as well as for its affordability. Launched in 1991, Linux was initially designed with Intel based computers in mind. Linux was also notable in its early days because of how it was freely available. Now, it is among the leading types of web operating systems, along with Microsoft, Unix, and Macintosh.

Options Connecting To Your Server 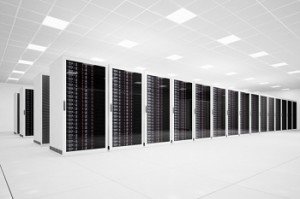 Linux web hosting will often offer a variety ways of connecting to your server.

Linux web hosting will often offer a variety ways of connecting to your server. Linux can not only offer FTP access regarding your files, but telnet and ssh access as well. Telnet and SSH allow for web pages to be changed on the web server itself. CGI and Perl will also normally be available on Linux servers.

HTML pages and Javascript can be served by Linux servers, though not all will be able serve FrontPage extensions. For databases, mySQL can be utilized using Linux web hosting, but Access can’t. For creating forms, PHP will be, on most occasions, available for anyone working with Linux web hosting. ColdFusion will also be another option when it comes to server side scripts.

Security is always a major consideration for anyone thinking of making use of web hosting, and one thing that Linux and Windows have in common is that they are not infallible. However, if good administration is in place then any security issues can be quickly countered. Linux is also seen by many to be less vulnerable than Windows, but this is still factually unproven.

Posted in Web and tagged Linux Web Hosting. Bookmark the permalink. RSS feed for this post. Trackbacks are closed.